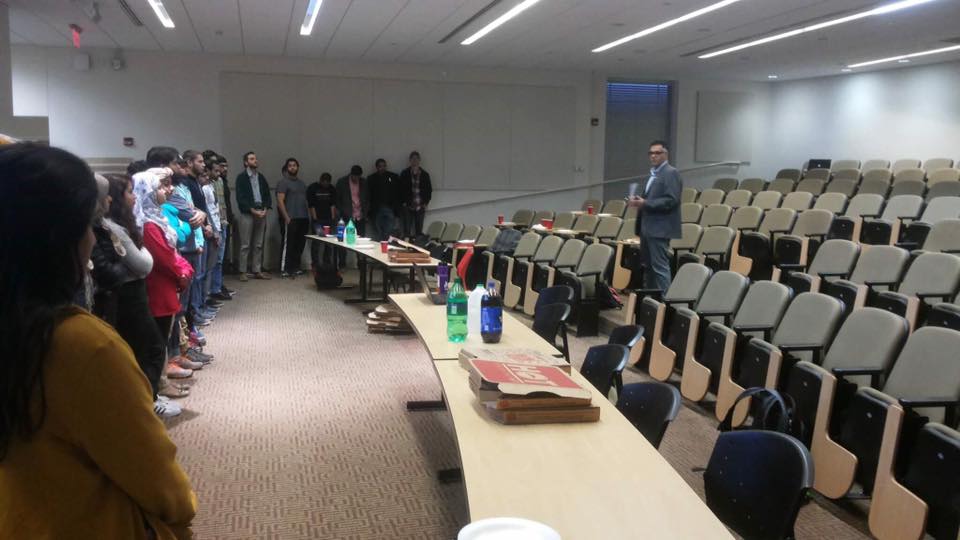 I was honored today to be invited at the Islamic Center of Raleigh to speak middle school students of Al-Iman school. The talk took place in the praying area. The focus of my talk was on activism with education, awareness and how as young students can get active in civic engagement and political advocacy. Yes, political advocacy too.

The discussion was primarily centered on the plight of Rohingya and what tools of activism and organizing can be used to help them from here. I designed the event to be interactive by frequently asking questions and encouraging youngsters to ask questions as well. I discussed facts and data with slide shows on Rohingya and during that, I would pop a question in terms of how they felt and how they can convert that emotion into something constructive and meaningful. My intentions were to allow students to think critically and understand the power of a person in terms of how much he or she can make a significant impact in helping humanity. I emphasized that it was imperative to work and partner with other religious and non-religious communities, meaning we are all one cluster of humanity. 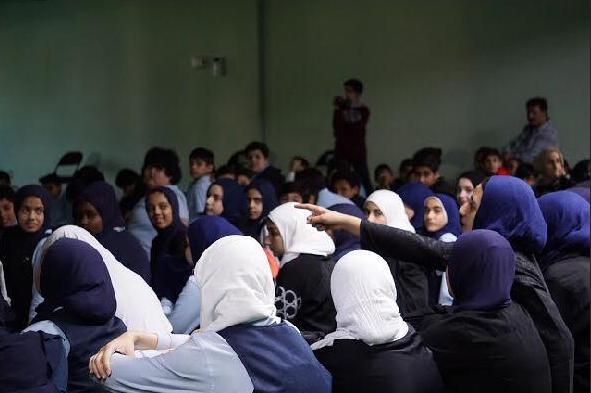 I encouraged students to write about what they know and share with their friends and siblings. When I asked them who else, they were quickly saying, parents. I suggested to them that they should sit down with their parents and share their thoughts and ask them to take them to their elected officials just like they asked their parents to take them for ice cream and movies. I hinted that they can send a pizza with a note to their elected official about their concern on a particular issue and demand action and response. I also explained to them that they can organize a virtual march with their parents’ and teachers’ permission and organize school debates at school about the issues they feel are important to them. I encouraged them to attend interfaith events and they can use that opportunity to talk about some issues with the permission of their teachers. I explained over and over that all their work must be peaceful and nonviolent as it was the best way to do it.

I was very much impressed with some amazing ideas and thoughts and the confidence both girls and boys possessed. I told them not to ever give up and believe in their abilities and be proud of who they are and most important stay united. Later I was interviewed with a camera by a middle school lady who asked me a few questions about activism work. I was truly impressed by the way she spoke with such confidence and without hesitancy. A leader on the rise. I was blessed today to be surrounded by some wonderful kids who I believe are going to make a significant contribution to our country and I have no doubt that they will make America great.