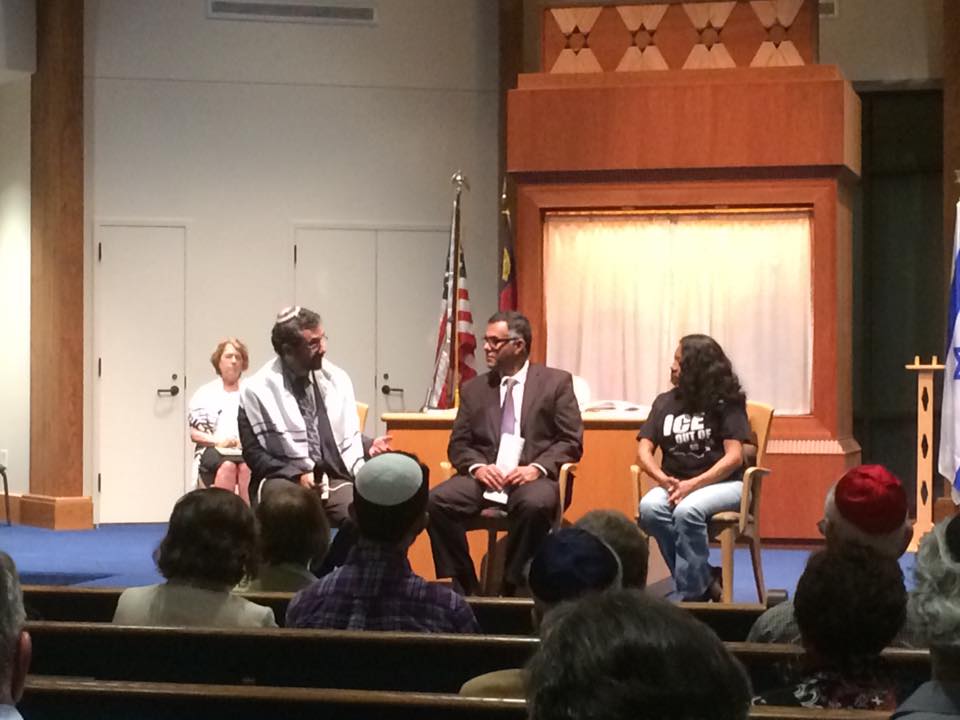 CPC founder Faisal R. Khan was honored to be invited to sit on the panel with Rabbi Edery and Latino organizer, Martha Hernandez. The event took place on March 31, 2017 at the Beth Shalom Synagogue in Raleigh, NC. Mr. Khan was asked to speak about the challenges the Muslim community is facing and his own personal encounters in the era of Islamophobia. Martha Hernandez, also discussed the problems her community is facing. Mr. Khan expressed his gratitude to Patty Williams who organized this important event by saying, “She is not only a wonderful friend but a great social justice advocate.”

The event began with a beautiful service of traditional prayers. After the prayers, the panel took place ending with a Q&A session. Mr. Khan shed light on the statistics and real facts on hate incidents against Muslims, immigrants and the black community. He emphasized the rising hate related incidents on college campuses and bullying in schools. Another issue he addressed is that Muslims are not living in fear and that they are out and about continuing on with their lives. He ended by saying, “Faith is one big reason that keeps Muslims strong.”

To conclude, guests and worshipers went to break bread and mingle. Many members of the Jewish congregation showed their support to Mr. Khan and Ms. Hernandez with words of encouragement. Mr. Khan summated the event by saying, “We are strong when we stand together and standing together is walking in God’s Light. Shabbat Shalom!”