Skip to content
No Justice For Breonna Taylor
#JusticeForBreonnaTaylor
Breonna Taylor, Rest In Peace, deserves justice and officers who shot her 8 times must be held accountable and brought to justice. This case is twisted with racism and hate from top to bottom. Today a grand jury has indicted one of three police officers with charges of “wanton endangerment” in connection with the murder of Breonna Taylor six months after Taylor was fatally shot by police in Louisville, Kentucky. This is travesty of justice and charges do not go far enough. The justice system has failed Breonna and the community who have been waiting for a just indictment.
“Shortly after midnight on March 13, Louisville police officers, executing a search warrant, used a battering ram to crash into the apartment of Breonna Taylor, a 26-year-old African-American emergency room technician. After a brief confrontation, they fired several shots, striking her at least eight times.
According to The Louisville Courier Journal, the police were investigating two men who they believed were selling drugs out of a house that was far from Ms. Taylor’s home. But a judge had also signed a warrant allowing the police to search Ms. Taylor’s residence because the police said they believed that one of the two men had used her apartment to receive packages. The judge’s order was a so-called no-knock warrant, which allowed the police to enter without warning or without identifying themselves as law enforcement.” – NYT 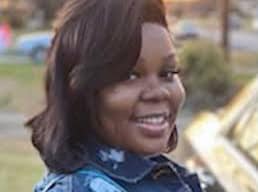 No Justice For Breonna Taylor