People of all backgrounds and colors came out in droves to stand together in solidarity against the hatred and bigotry that has become all too common in the United States. People from all walks of life, from all socioeconomic backgrounds and from every color that exists in humanity stood together to raise their voices against white supremacy and to publicly denounce the atrocities that took place in Charlottesville, VA yesterday. Community activists from all over the region, including Carolina Peace Center founder Faisal R. Khan who helped organize the event, spoke painful truths and shared worries over an uncertain future with most everyone agreeing that we’re stronger together than apart. A moment of silence was held for Heather Heyer who was killed when a homegrown terrorist rammed his car into the crowd and the two police officers who died in a helicopter crash, Lt. H. Jay Cullen and Trooper-Pilot Burke M.M. Bates. Prayers were offered for the victims of the terror attack who are recuperating in the hospital as well as their families.

Stand up and speak out. Shoulder to shoulder. 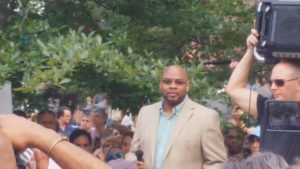 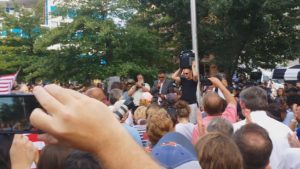 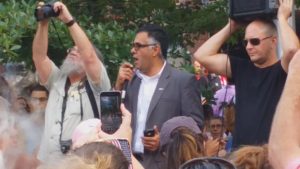 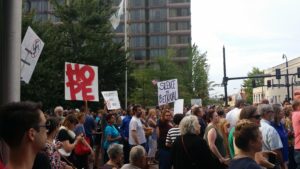 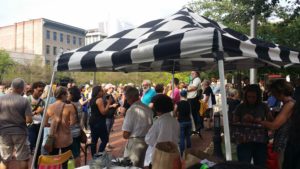 We Shall Overcome: Vigil for Racial Justice and Equality-Durham